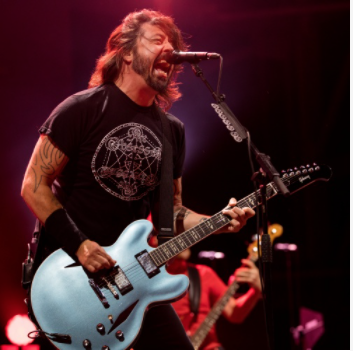 The Foo Fighters frontman’s eldest child, 14-year-old Violet, is already showing signs of following in his footsteps and though he tries to take a step away from her ambitions, he’s very impressed by her visions for her musical future.

He said: “I did ask her the other day, ‘If you were to make a record, how do you imagine it would sound?’ And she said, ‘You know, I think somewhere within that shoegaze thing. Oh, and Dad, I need to get this new guitar pedal. It’s called Loveless, and I want my guitar to sound like My Bloody Valentine.’

“I will admit that my next reaction was, ‘Can I be on your record, please?’”

The 51-year-old rocker – who, as well as Violet, also has 11-year-old Harper and six-year-old Ophelia with wife Jordyn Blum – knows his daughter has a lot to live up to because of her famous name but believes she has “all the tools she needs” to be a successful musician even without their family connection.

He told Sunday Times Culture magazine: “She’s 14 and already in a deep Bowie phase. I’m not talking about Eighties Bowie or Nineties Bowie — she hasn’t even got to Berlin. All she does is listen to live bootlegs of the ‘Station to Station’ tour.

“Or I’ll hear Cocteau Twins coming out of her bedroom. And the Passions. Remember them? ‘I’m in Love with a German Film Star’.

“She was born with perfect pitch and a soulful voice and a musical memory that is photographic. She has all the tools she needs. She writes, I see her notebooks and the lyrics she’s written.

“Part of the thing about becoming a musician is the drive that gives you the desire to do it. In that sense I may be her biggest handicap. Like, she’s got to be my f***ing daughter? So I try to stay away.” 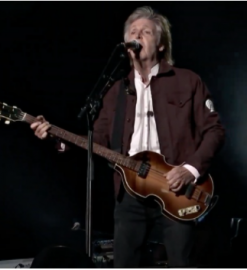